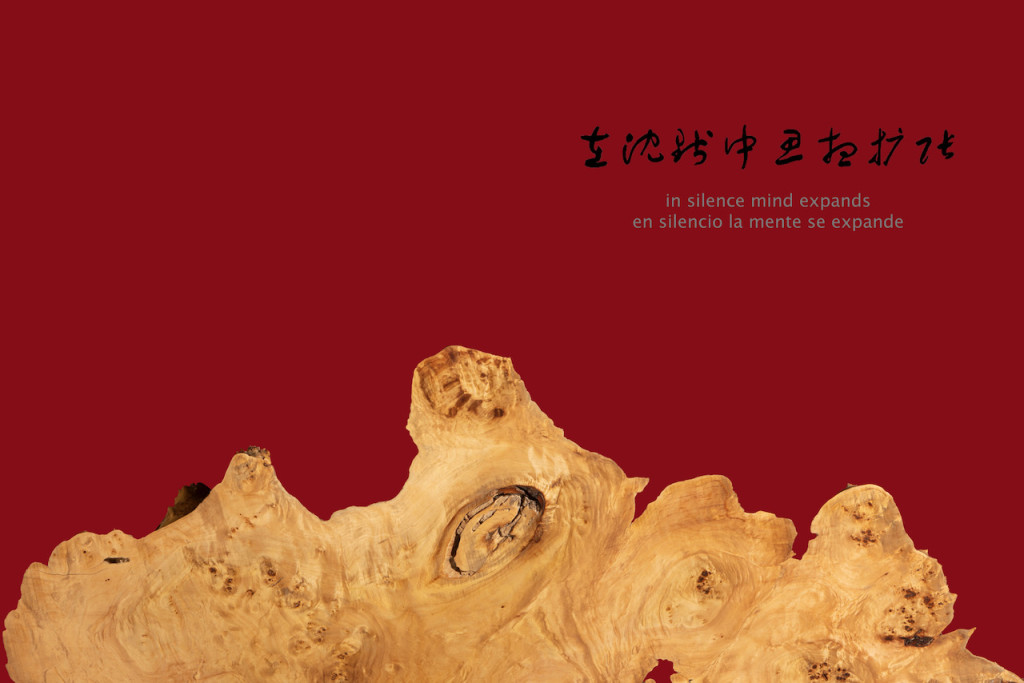 This offers two bodies of work that have grown from roots planted deep in the ancient Chinese book of wisdom, the I Ching (or Book of Changes). It isn’t my purpose to interpret or to apply any critical approaches to them. They are merely placed in juxtaposition for the reader/observer/perceiver to contemplate, absorb and reflect upon in the hope that she or he will be able to hear the deep chords that resonate between them.

Importantly however, all of those resonating chords are unintentional. This isn’t a case of mutual influences. Richard Berengarten and Gabriel Torres Chalk were unaware of each other’s work when creating their own. But both of them, one in the language of poetry, one the language of sculpture, have been inspired by the I Ching, the source of those resonances.

Poetry and sculpture: this juxtaposition might be a good example of what Morse Peckham, a comparatist and early advocate of interdisciplinary studies, referred to in the mid 1960s as “cultural convergence”:

When the environment makes such a demand that the individual becomes aware of an insufficiency in the possibilities of his behavioral repertory, he feels disoriented and deprived. In short, a problem has emerged [. . .] “Cultural convergence” refers to the phenomenon that different individuals in the same culture frequently arrive at the same solution to a problem independently of each other. They perceive the problem independently; and independently they arrive at the same solution.1

Peckham argued that this phenomenon occurs not only in science, but also in art.

Can artworks really give us a solution to our deepest problems?

The following small selection of poems is taken from Berengarten’s book Changing, a highly complex sequence of 448 18-line poems and two villanelles that compose a contemporary epic in verse. Changing grew slowly out of the poet’s extended interaction with the Book of Changes. More than 30 years of asking questions, casting hexagrams, reflecting on their contents as answers and elaborating those answers into his own responses in poems – not to mention poring over a host of other commentaries and critical studies on the origins, the history, the organization, the structure, the philosophy and the reader’s possible uses of that intriguing, compelling text.

The unique form of these poems is intricately based on the structure of the Book of Changes. This is how Berengarten describes it in his Postscript to Changing:

At the macro-level, the book consists of sixty-four clusters of poems, each re-presenting a hexagram. Each cluster begins with an italicised ‘head-poem’, which is related thematically to its corresponding hexagam title and statement in the I Ching; and each of these is followed by six further numbered poems corresponding structurally (and often, though not always, thematically) to the hexagram’s six change-lines. In this way, each of the I Ching’s hexagrams yields a cluster of seven poems, arranged hierarchically and in a sequence that follows that of the ‘received’ (standard) version. Together with two additional poems for the I Ching’s extra line-readings in the first two hexagams, the number of poems in the book is (64 x 7) + 2 = 450.2

Torres Chalk’s sculptures are not as closely linked in form to the I Ching; but they, too, derive from an intimate knowledge of that book and other works of Oriental philosophy and poetry, as is well reflected by the texts that he appends to many of them. The presence of these texts, of course, adds further levels of significance to the sculptures themselves and raises fascinating questions as to how static, three-dimensional shapes can express ideas or concepts such as mind, growth, movement . . . change.

If both of these contemporary Occidental artists have been drawn so profoundly to the images and thought contained in the I Ching, does it perhaps suggest that they have recognized and are similarly responding to the same problems in our cultural environment? (We certainly have enough of them that beg to be recognized and responded to.) And does their turn to the philosophy and timeless wisdom of the I Ching point to a possible, if unlikely, remedy for the perils that are closing in around us?

I hope these questions will inform the readers’ appreciation of the poems and sculptures that follow. Read, look, ponder, reflect . . . search for the resonances. It is certainly too much to ask for any easy solutions to our present crises. But just as surely, wisdom is the key. Maybe these works will encourage others to turn and look back to the wisdom of the Book of Changes. That could be a (new) beginning.

In the depths of
the now, inexorably
we model futures.

Organisation
characteristic of life
is end-developed.

Wood has purpose
to grow through trees
root leaf seed.

The central nervous
system – most evolved of
teleonomic structures.

Whose purpose prompts
this? Is it we who pattern
language? Or does it us? 1 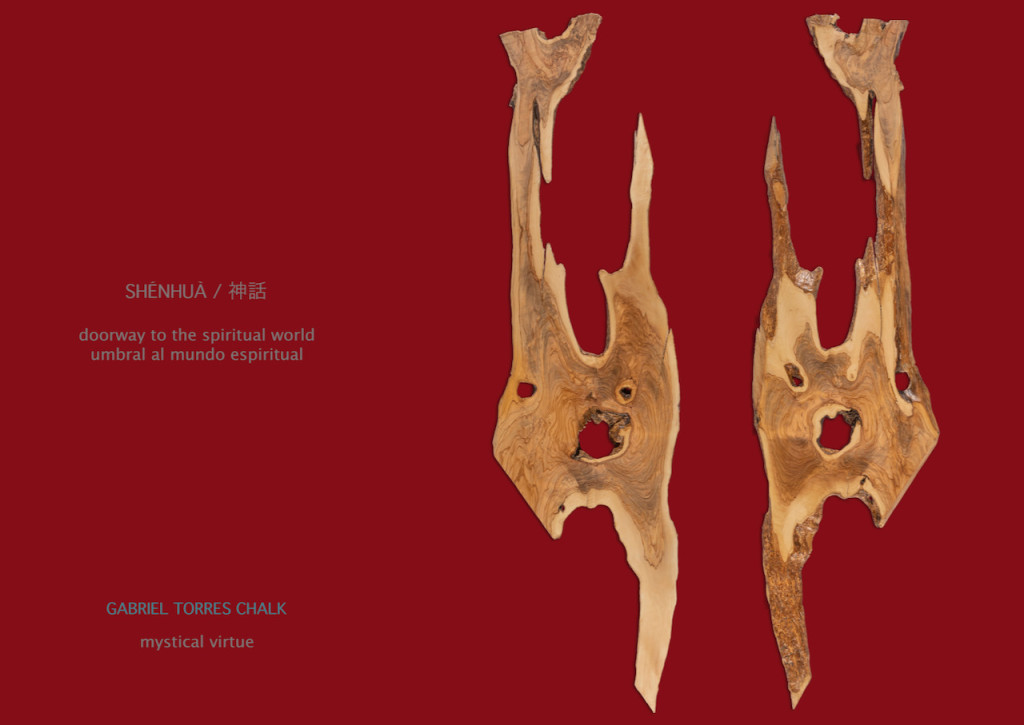 Sometimes they answer
even though I’ve asked
no question.

Sometimes they say
nothing, and appear to
smile and look away.

Or else they stare, like
the dead, through me
towards infallible sky

as quietly they pick
out question behind
question, before even

let alone right words
to articulate thought have
discovered me and opened. 2 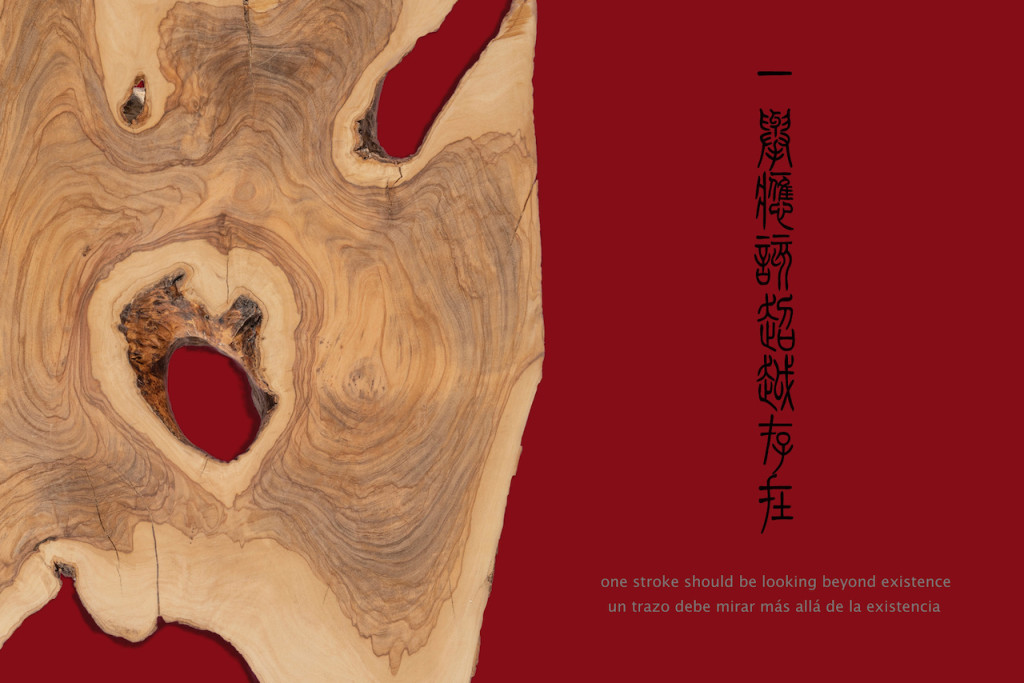 and level gaze –
polished mirror and
porthole of night,

heaven and earth’s
skin and core,
beneath these eyes

in your reflection
on the sky’s forehead –
a star. 3

[3] Homage to Carl Gustav Jung (1875–1961). Following his first experiences of divining, Jung interpreted hexagram 50 (entitled ‘The Cauldron’ in the Wilhelm/Baynes version) as the voice of the I Ching itself. See his ‘Foreword’ to The I Ching or Book of Changes, trs. Richard Wilhelm and Cary F. Baynes, 1965 [1951], pp. xxvi-xxviii (London: Routledge & Kegan Paul). My own preferred imagem for the I Ching itself is this hexagram 48, whose Chinese name 井 (jing) means ‘well’. 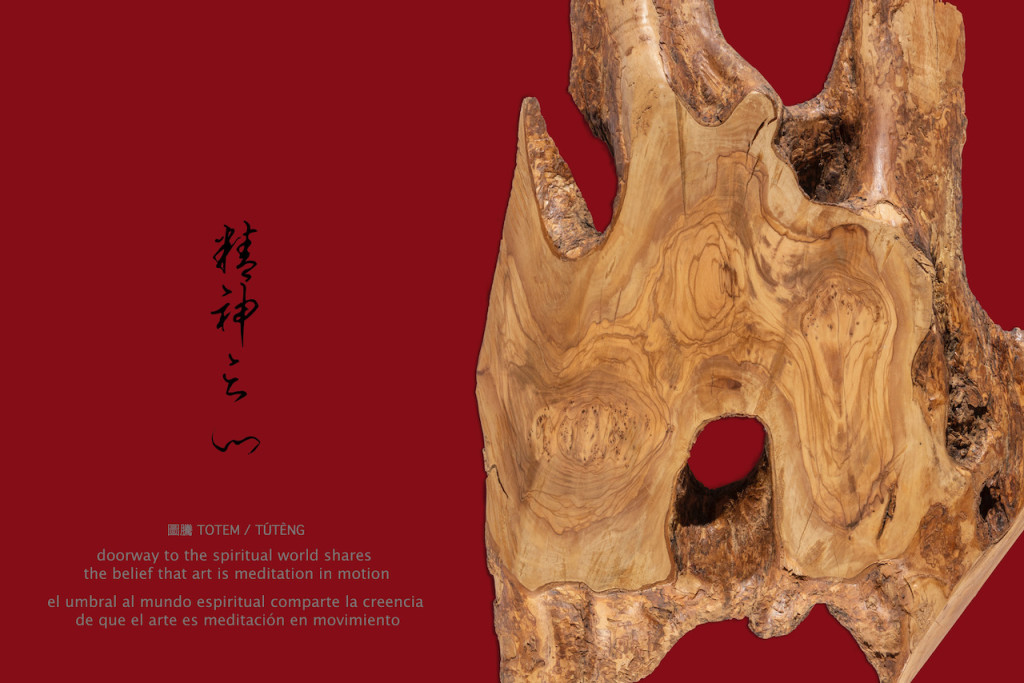 and stilled so transparent
on hill-height as to appear a pool
unrippled by wind, unmargined

but by world-edge. Then, your
lower trunk so thick-wrapped
in haze as to be visible only

as ghost-pillar, as figment
of itself. Then, deeper than nether
crawlings of ants and spiders

or glide of sleek-headed adder
among mosses, deeper than shadows
within shadow, coil your roots

Sleep then stopped, before Zeus’ eyes could see him,
climbed a high pine tree, at that time the tallest one
growing on Ida.  It stretched up through the lower air (‘aer’)
right into the sky (‘aether’).
(Tr. Ian Johnston, https://www.oneeyedman.net/schoolarchive/Classes/fulltext/www.mala.bc.ca/~johnstoi/homer/iliad14.htm. Reconsulted, July 27, 2016. The point of interest here is the distinction between ‘air’ and ‘aether’, and how these terms are to be understood today. See Charles H. Kahn, Anaximander and the Origins of Greek Cosmology, 1994 (Indianapolis: Hackett): pp. 133–145, esp. p. 145 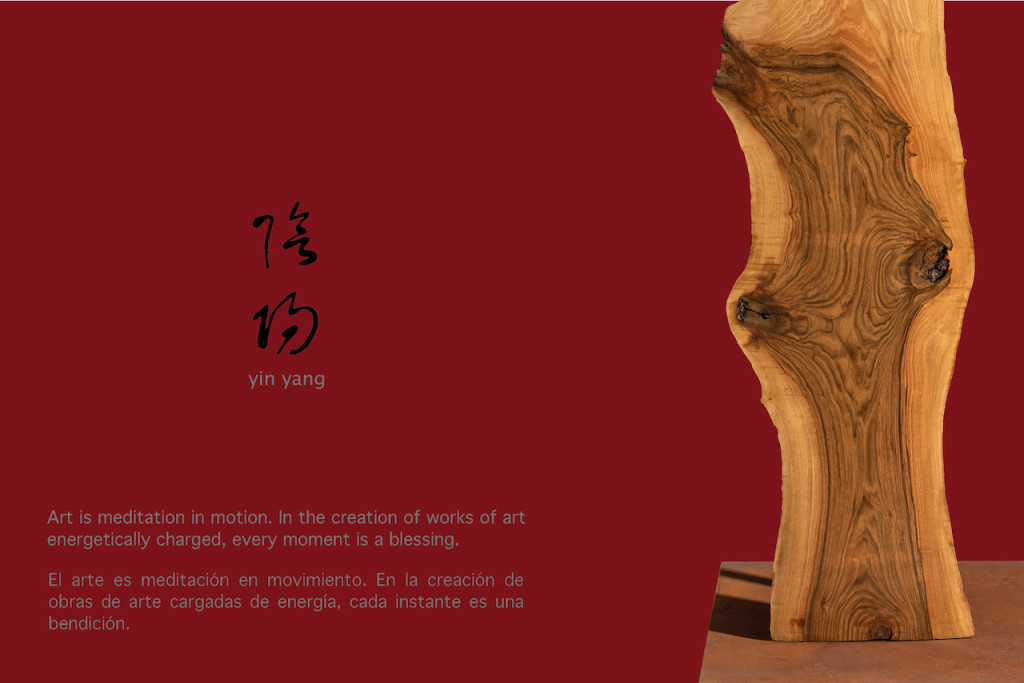 Slow the wild
geese in V formation
approach the shore

Slow the wild
geese land on the crag
settle high up

[5] For Edward L. Shaughnessy. For his commentary on the imagem of geese in hexagram 53, see his Before Confucius: Studies in the Creation of the Chinese Classics, 1997 (Albany, NY: State University of New York Press): pp. 21-23. See also his I Ching, the Classic of Change: the first English translation of the newly discovered second-century B. C. Mawangdui texts, 1996 (New York, NY: Ballantine Books): pp. 11-12. 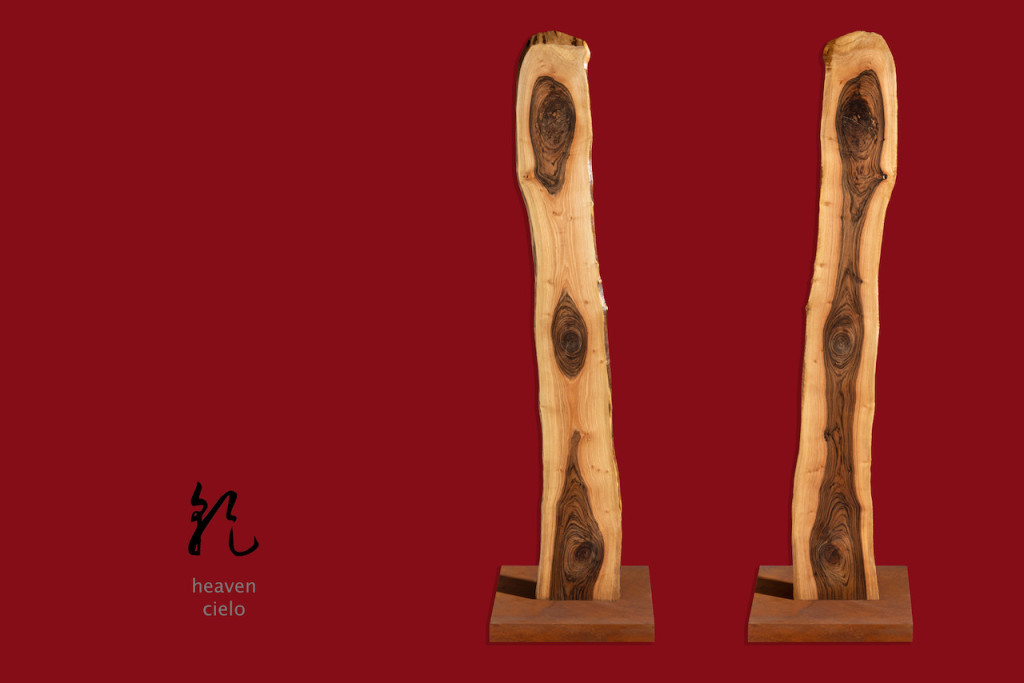 Out walking alone as an autumn
sun was going down and a yellow ball
of a hunter’s moon coming up,

as he soaked himself into
and through things. Not much of
a life, he thought, if you can’t

of marvellous transformations.
And not much of a view if you’ve
forgotten it. Better be poor and

remember this than have power
and wealth and forget heaven is
text and context for all wisdom. 6 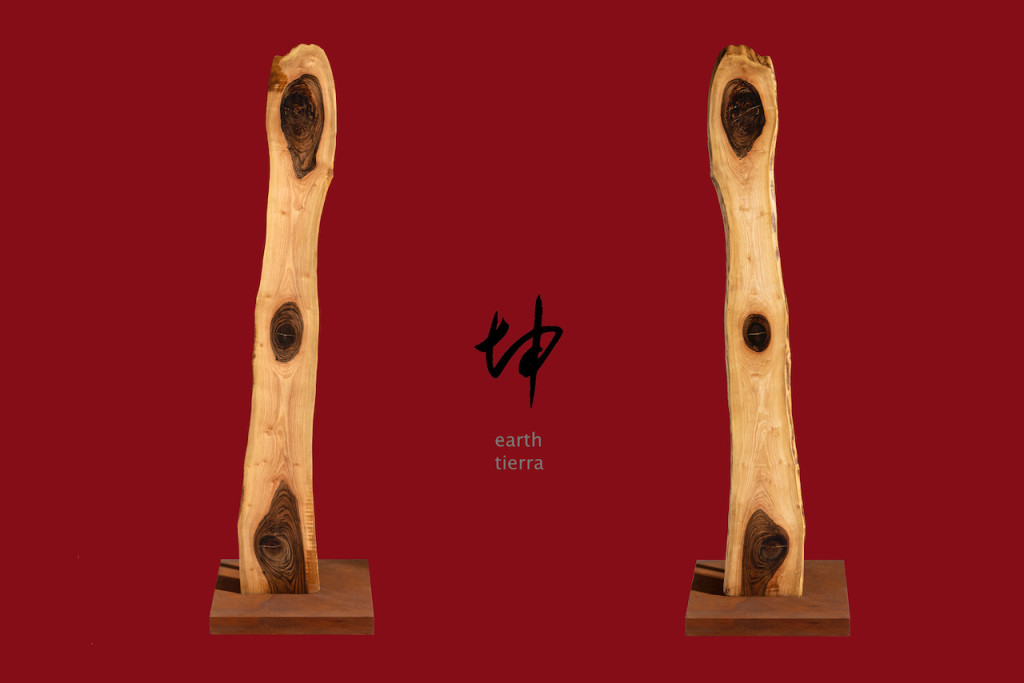 Zhang Zai said, Earth is
a thing. Heaven is a marvel.
One look up at the stars

at night far from any city,
and what he meant is clear.
Yet since this world

floats on, in, across
and through heaven, doesn’t
being in and on the world

mean being in and on heaven
too? And if so, don’t seas, rocks,
soil, air contain as much

heaven as stars and
interstellar spaces up there?
Therefore, isn’t heaven

as much in my fleshed
mortal hands and yours as
it might lurk in any god’s? 7 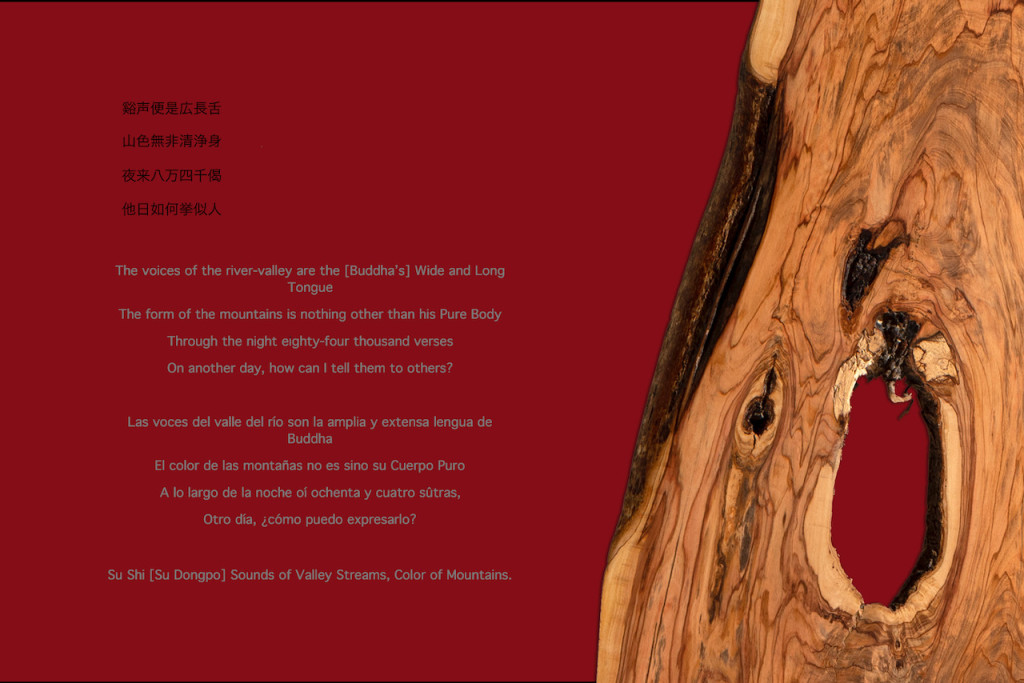 Heaven is more
than discernible sky.
You could never

see all of heaven
or even imagine it.
Zhang Zai knew

heaven is actually
where we are already –
fully empty and

emptily full,
unfathomable and
insubstantial, both

by substance and by
our irreducible material
sources and ends 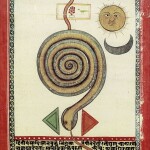