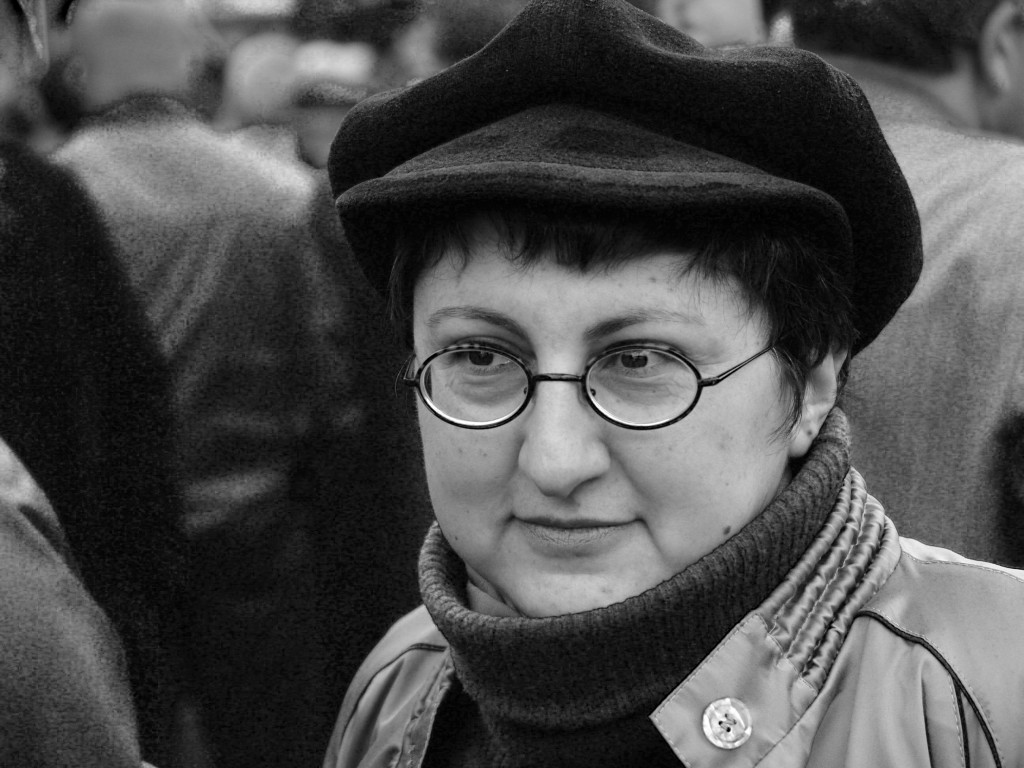 our father— I said
but he didn’t let me continue

rather strange—
I never say our father

these were his only words
then he left

the cold
spreads from the corner part
near the cupboard

ALICE IN WONDERLAND OF THE TRAIN WHISTLE

the others
have walked
on this snow

but they are not
nearby
now

only me
the snow still coming down
and the trees

but these are not
other

the other
is the one
that can ask questions 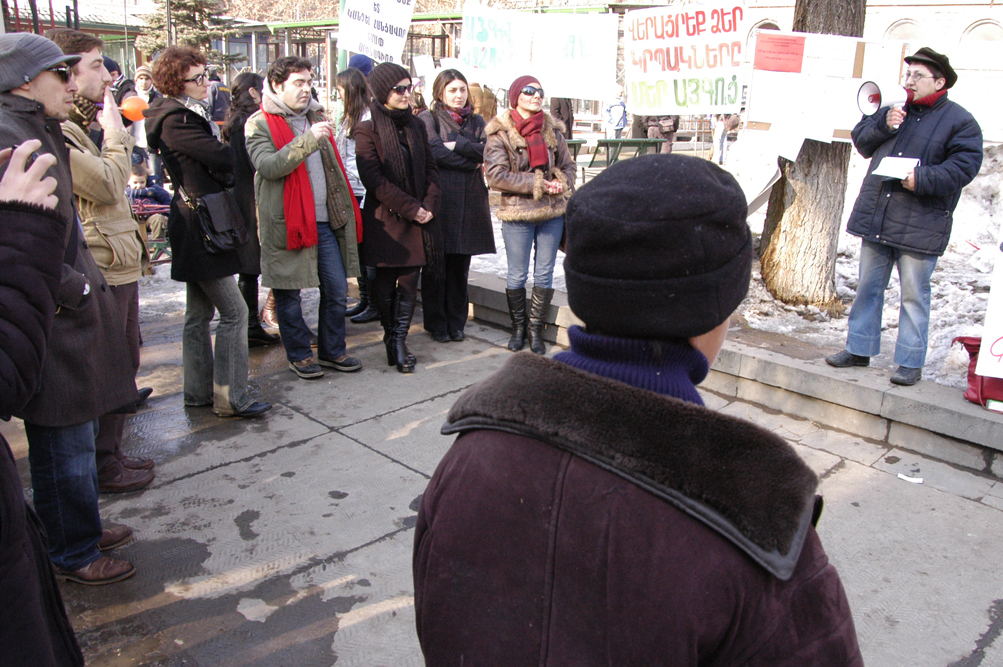 Bio information
Marine Petrossian is an Armenian poet and essayist, whose writings and TV appearances have made him a public figure in Armenia. Her first poetry book appeared in 1993, just two years after the Soviet Union had collapsed and Armenia, formerly part of it, had become an independent republic. The volume was translated into French and in 1995 Editions Comp’Act published it in France (J’apporterai des pierres). Encouraged by success of the book (a favorable review, among others, was published in Le Monde) Editions Comp’Act soon published the second book of Marine Petrossian (Erevan, 2003), which also got good reviews. Since then, Marine Petrossian has published four volumes of poetry in Armenia.
She writes also essays. Her essay Antipoetry, or When the Poet Does Not Seek an Alibi, has aroused intense discussions in Armenian literary circles. In this essay, Petrossian asserts “antipoetry”—poetry that does not look like poetry and challenges the prevailing notion of poetry—to be the leading tendency in contemporary Armenian poetry. In 2007-2009, a period of tense political developments before and after presidential election of 2008, Petrossian led a weekly column in Haikakan jamanak daily, the main opposition newspaper. Her essays on political issues of the day had an unprecedently large readership and made her a public figure in Armenia: many TV programs invite her to comment on public issues. These essays later were collected in her book Red Poster (2011).
See more about Marine Petrossian in her website: http://marinepetrossian.com

When and how did you approach poetry?
I started writing poems when I was a schoolgirl. But I didn’t show them to anyone. It was not modesty, just the contrary, I was sure I was born to be a big poet (I better put a smiley here), and because my poems were not yet that good to be worthy of a big poet, I wouldn’t show them to anyone. Even later, when I became a university student, no one knew I was writing poems. I took them to be published much later, when already 27 years old, in 1987. They were published in Garoun, the main literary magazine in Soviet Armenia. In Soviet times, it was very difficult for a writer to get published, but if you did get published, almost everybody would read you. In 1987, Garoun had a circulation of 70 000 copies — a fantastic number for a literary magazine in a country with a population of only three million.

Tell us about your poetry activities, collaborations and publications.
I am author of five poetry books and one book of essays in Armenian. I have also books published in France and Catalonia. My poems were translated into French, English, Spanish, German, Iranian, Latvian, Georgian and Hebrew. I have participated in many international festivals and other literary gatherings; as Artist Laureate of UNESCO-Aschberg, I have been Djerassi Resident Artist at Woodside, California, as well as writer-in-residence at MuseumsQuartier, Vienna. Having achieved all this, am I satisfied with my literary life? I will say—no. It is very important to be published and widely read, it is very important to be translated, and yet I’m missing serious discussions about poetry. Once we had such discussions in Yerevan, in the non-formal club of Bnagir journal. Virtually every issue of Bnagir stirred lively, often fierce disputes in literary circles, and we gathered in the club to discuss the works published there. Alas, Bnagir journal has stopped appearing, and the club I was talking about exists no more. Now I’m looking for this kind of intense discussions about poetry in international context—in journals, in reviews, during festivals and other gatherings. I haven’t found yet what I’m looking for, but I haven’t lose my hope. I can’t believe poetry has become a “sweet thing” to be liked by everyone, but not taken seriously.

What is poetry to you?
Better I say what poetry is not to me. It is not a job among others. It is not a means to make living. I don’t think one can give definition to poetry. It defies definition. 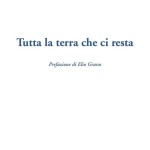