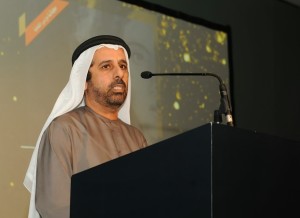 Born in Dubai, in 1962, he is a poet, story writer, author and journalist. He graduated in Education and Psychology, obtained a higher diploma in Gulf Affairs, and attended various training courses in journalism in USA. After graduating in 1986 he worked as head editor in Al-Bayan, then as Managing Director and Editor-in Chief of Al-Sada group of cultural and other quality magazines.

He was one of the founding members of Dubai’s cultural organization: Nadwat Al-Thaqafah wa Al-Uloom. His publications include the books of verses Al-Aghareed (Songs) 2001 and Al-Anaqeed (Clusters) 2003; the short story collections Ramad Mushtail (Cinders in Flames) 2006 and Bait Al-Ankaboot (Spider’s Web) 2010; and many articles.

He has been interviewed by various newspapers, magazines and TVs; his works is the topic of numerous studies and he has received honours from the UAE Journalist Society and various organizations in UAE and abroad. 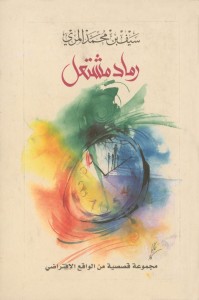 If you gather my remains today,
A passion for your love runs deep and alive.
Ah! My longing will find no rest,
Addressed to the unjust, my pleas, on deaf ears fell,
My love loath to care,
Decreed for me eternal torment.

The shreds of tranquility in my soul,
Resemble the lovers who lost their laughter.
Since that night when I saw you glimmer
I return seeking your shadow,
Ah! You my paradise of nostalgia and my ordeal,
And, everything possible in the universe.
A desire connects us,
Your visage/shadow surprised me,
You are all perfumes and aroma,
This night all love and music.
I long for you when you are near, just as when afar,
No moon. No trees. No trace of anyone,
The mist in my eyes overflows,
My intoxicated soul wandering aimlessly,
Found a way when you appeared.
The night washed the earth with dew,
Your words linger in my ears,
My being swells with overwhelming grief,
And the soft heart of a poet,
The soul which refused to appear,
The shadow vanished, there is no shadow anymore,
The morning seeks the child’s face,
Did you even remember our rendezvous?

Since the days of my youth, she is with me,
Deep within the depths of my being, resides she,
When the dark night builds its walls,
Her messenger to me poetry recalls.
They tell me, she is but an illusion,
Even so, I choose to live the delusion,
She is real, yet beyond my helm,
I attempt to hold her. She walks past my realm,
She is like the glimmer of breaking dawn,
Or like the regal moon, waiting to stroll sky’s celestial lawn,
Living under a spell, a curse,
Gathered in love. In love dispersed.
Each time I try to reach, seeking relief,
I sink deeper into defeating grief.
Believing, those who could not see her glimmering,
More luminously bright her beauty shines, even when not shimmering,
On my universe a siege she has laid,
And she reveals herself in regal staid,
There is something of her inside me,
Which words cannot set free.
And her beauty unfolds
Beyond the realm of descriptive moulds,
Her youth immortal, eternally sublime,
If the ruins of house were wiped out by a more forgiving Time,
Some of her, to me shall return,
And I to my carefree youth would turn.
I possess her heart and she my soul,
Pleading her return, my cries billowed above Time’s tumultuous roll,
The distant wind marched caressing her,
And time vanished quickly into a blur.

On the sea of longing I have seen the hearts of lovers
Tossed towards the shore by the waves of yearning
Volcanoes of stifled pain bursting in them
Searching for a stolen happiness
Look!
The road has ended yet still I’m 1walking on.

Here is my heart. Though it be wounded
Give it back to me, for it still holds part of my soul
How I wish that love would pay a glance at it
Like the eyes of a gazelle that tastes but mellow leaves
Look!
The road has ended yet still I’m walking on.

Rain is falling, cleansing all the sins of lovers
Filling the horizons with purity
Give me in the journey of life a true companion
I am still in my first wasteland, and the world is free
Look!
The road has ended and yet still I’m walking on.

Give me from your spirit warmth that makes my steps steady
For I am in a lifelong trek and the road is full of ruts
You have witnessed my earnest looks at the time of parting
And you have read in them a meaning that no words could convey
He who said that love was a destiny foretold the truth
Look!
The road has ended yet still I’m walking on.
(Translated by Shihab Ghanem) 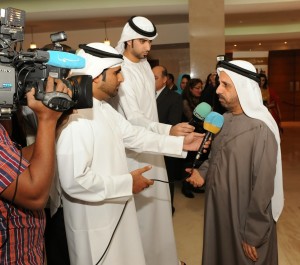