The Wisdom of Unspoken Words 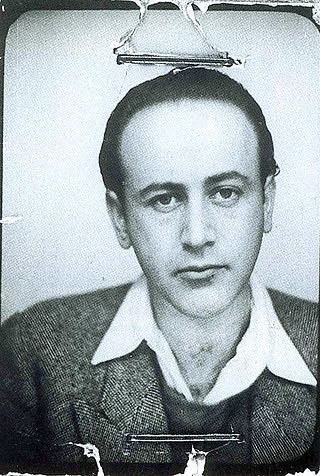 How Celan’s Poems inspired me

Although born in the Flemish part of Belgium where Dutch is the official language, as a youngster it was not the Flemish nor the Dutch poetry that fascinated me, but the French, Baudelaire, Verlaine, Rimbaud… and even more the German. Initially the romantics and later Hölderlin, Rilke, as well as the East German poets Peter Huchel, Reiner Kunze. Years later, in the early eighties, I read in a German literary magazine Todesfuge (Fugue of Death) by Paul Celan. The language and the style of the poetry were totally new and impressed me greatly. The poem not only describes realistically the terrible event, the killing of the Jews by the Nazis, but leaves the reader freedom of interpretation. The rhythm, the repetition of “we drink” makes the poem even more dramatic: Dark milk of daybreak we drink it in the evening, we drink it at noon and in the morning, we drink it at night, we drink and we drink. In the original German version, the verses sound even more melodious, but the musicality of the poem does not reduce the horror, the drama, on the contrary it increases it. That poem incited me to read more poetry by that Jewish poet, born as Paul Antschel or Anczel 1920 in Czernowiz, Bukovina. His parents had been killed by the Nazis and he had been forced to work in a labour camp till it was dissolved in 1944.

Fuge of Death, written in Bucharest in 1945, is probably his most famous poem, published for the first time in The Romanian periodical Contemporanul, Bucharest 2.5.1947 entitled “Tangoul mortii” (Tango of Death), translated in Romanian by his Bucharest friend Petre Solomon, the poem was included in his first poetry book Der Sand aus den Urnen (The Sand of the Urns) published in Vienna in 1948, but withdrawn by the poet because of many misprints.   His second book Mohn und Gedächtnis (Poppy and Memory), published 1952 in Germany by the well known German publisher Deutsche Verlags-Anstalt,  contained as well Fugue of Death, the new title of the poem, but also Corona, Zähle die Mandeln (Count the Almonds) and other fascinating poems,  in German poetry a completely new tone, call it,  so typical for Celan’s style the poetic expression of Sprachlosigkeit, speechlessness, a style which characterizes Celan’s complete poetic oeuvre: the expression of what can’t be said,  leaving each individual reader to unravel the unspoken which can be understood in several ways. The language remains fundamental, personal, although she had to pass through her own perplexity, the darkness, the horror.

(Paul Celan spent most of his life in Paris and was also a very active translator. He translated works of Arthur Rimbaud, Guillaume Apollinaire, Henri Michaux, René Char, Emily Dickinson, Robert Frost, Shakespeare as well as the Russians poets like Alexander Blok, Ossip Mandelstam and other poets.)

“Much of Celan’s later poetry can be intuitively grasped, but not rendered in another language, without as much knowledge as possible of his sources” pretends correctly Michael Hamburger who translated a ample selection of Celan’s poem, published by Penguin Books. I also translated a few poems of Celan, but his language is so personal that many of his poems cannot be rendered correctly in another language.

Celan had seen death with his own eyes, anguish, darkness and the stigma of death accompanied him all his life, present in many of his poems, as he writes in the last verses of a poem from Mohn und Gedächtnis, his first poetry collection published in Germany “Count the almonds, / count, what was bitter and kept you awake, / count me among them… the death layed the arm around you, and the three of you walked through the evening. He committed suicide by drowning in the Seine in April 1970.

The unspoken: a source of inspiration

My first poetry books, “Forty at the Wall”, “Palpable Absence” and “Do you know the Country? Meditations at Lake Como”, considered neo-romantic by literary critics, were slightly influenced by German nature poets, but after having visited many times the Far East, having discovered and studied Asian philosophies, starting with “The Road”, written in India and translated into Chinese as TAO, my poetry made a big change and became more philosophic. Taoist, pretend the Chinese, or ZEN according to the Japanese. Where nature poetry is descriptive, influenced by the surroundings, philosophical poetry is a reality to be discovered. Paul Celan described it perfectly: Wirklichkeit ist nicht./Wirklichkeit will gesucht und gewonnen sein” (Reality does not exist, reality wants to be searched and gained). The Spanish poet José Ángel Valente who also translated in Spanish a number of Celan’s poems claimed “As a multiplier of feelings the poem surpasses all possible feelings”. However, the poems should not show itself to the reader undressed and nude, it should – as it is in Celan’s poetry – conserve what constitutes poetry: the fascination of the enigma. However, contrary to Celan, I try to write a kind of poetry which is – apparently – simple, but profound.  However, the change from descriptive to more philosophical poetry, to find a “new reality”, requires a free mind, I therefore have to leave my “normal” daily life, find a place without people and other elements, such as  noise, TV, smartphone, things  which distract the spirit, the thinking, inspiration: obstructing the arrival of the word at the white, the empty  paper. Because Paul Celan’s poetry leaves that freedom of personal interpretation, wherever I go to write, I always carry with me his books. Although my poetry is completely different from Celan’s, through the years, as much as eleven poems refer in some or other way to his verses.  The poem “Nighthorn” dedicated to Paul Celan, published in “Do you know the Country?”  refers to his suicide as does the poem “As one knows…” from “Conversation with the Hereafter”.  The poem “Thorn or Rose ” refers to his poem Mandorla and to Celan’s life, full of dramatic events which deeply influenced his life and his poetry: the killing of his parents, death of his first child shortly after its birth, his complicated love affair with the Austrian poet Ingeborg Bachmann and last but not least the claims of  plagiarism by the widow of the poet Yvan Goll, resulting in a press campaign, leaving deep scars in Celan’s psyche, the sense of life.  “When my Lip bleeds by the Language” clearly refers to Celan’s very personal poetry, full of neologisms and unusual words and expressions.

The poem “Morning Star” with a verse of Paul Celan “Oh Flower of Time”  inspired me for the title of my latest publish poetry book “The Ephemeral Flower of Time” whereas  the poem “Don’t count me among the Almonds” , selected from my latest, not yet published book “The Unrest of the Word” is a poetic response to Celan’s verses “Make me bitter, count me with the almonds” as is “Mandorla”. The misleading speeches of some politicians concerning the corona virus, resulting to the death of hundred thousand of people, as did Hitler’s agitating speeches, reminded and inspired me to “Fugue of Death” one of my recent poems.