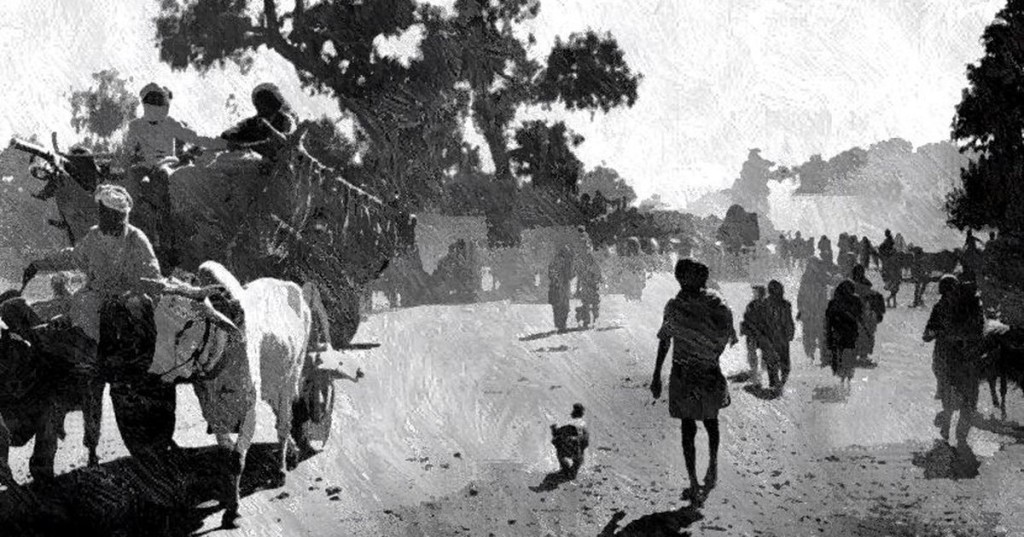 In a recent activity conducted with primary school students, the words “freedom” and “independence” elicited some hilarious responses. A teacher friend wrote in to say that unsuspecting five and six-year-olds said the words signified a fruit and a game, respectively. The Partition could acquire a new dimension if these meanings were to be accepted.

The Partition has been a constant theme with writers old and new. In this era of hypernationalism and rabid jingoism, we probably need more conversations about the Partition in a more meaningful way. As Urvashi Butalia, the author of The Other Side of Silence, and editor of Partition: The Long Shadow says, “You can’t obliterate memory, it has a way of coming back to haunt people. And it’s not only memory that remains unsettled: there’s people, there’s river waters, there’s questions of property, of self-determination and so much more.”

The Godrej India Culture Lab, an experimental cultural institution based in Vikhroli, Mumbai, recently invited poets across the country to reflect on the theme of Partition. A three-day event named “Museum of Memories: Remembering Partition” was held with the idea of taking recourse to poetry as an aide to memories of the Partition.

According to poet Kala Ramesh, the Partition certainly mattered strongly for her mother, born in 1930, and that generation which grew up with deep sentiments about independence. Ramesh argued that poetry, especially haiku, has a very soft and convincing way of stating things, however bitter, and that it might help youngsters understand Partition in the right spirit. In a haibun titled LOC, she writes:

She looks up, pain in her eyes. The papers are full of the bomb blasts. She asks, ‘Can there be something like a ‘delete’ button in our minds?’”

Poet Chandramohan Sathyanathan’s sharp perspective brings to light the other kind of dislocation experienced in South India – one that gets lost amidst the Partition narrative of the mainstream.

“The state of Kerala has about 30 lakh migrant labourers who are denied many basic human rights,” said Sathyanathan. “I did try to write two poems inspired from their lives.”

Mostly featuring Dalits, this “immigrant” experience is “Jim-Crowed to the end of the line.” What Sathyanathan brings to light is the fact that a large swathe of the so-called untouchable population of India are still re-living their own “partition”.

Anish Vyavahare thinks that for millennials, there are not many geographical, cultural and temporal scars from the Partition – merely wounds that reopen during sporting events or border spats with Pakistan. “All forms of art need to be used to bridge these divides. And at the same time, each art form will bring its own gifts,” he said.

Vyavahare sees poetry as realisation, and, hence, an art form that encourages a dialogue. This is manifest in the lines of his Partition poem where “exodus” and “tight-shut dabbas” occupy the temporal space of loss and separation.

Smeetha Bhoumik feels inspired by Govind Nihalini’s Tamas. She thinks that forgetting history and past violence will lead to a repeat of the same mistakes. “Therefore, it is very essential to remember, document and share knowledge about our violent past,” she said.

Bhoumik trusts poetry as the apt medium of communication in this regard. Hence she writes that it’s a “kintsugi touch” that we “bring to our wounds of old…planting love where darkness steals.”

Is the Partition only a sort of a memento for us, one may wonder. Other than the pumped up nationalistic zeal of cricket, placing occasional restrictions or bans on artists and singers and actors, and the rage over the usual suspect border terrorist, we often see the historic tragedy simply as another date for rehashing sentiments of sovereignty, militarism and self-aggrandisement.

Here, author and translator Rakhshanda Jalil sees the Partition of 1947 as an opus de profectus or a “work in progress”, whose consequences are still unspooling:

“Both contemporary and recent literature offers us an excellent opportunity to understand the socio-psychological significance. This genre of literature, known as ‘Partition literature’, runs the gamut of the Partition experience – from the harsh brutal reality of the gory events of 1947, to the wars that were fought between India and Pakistan, to the communal ill-will and mistrust that was bequeathed as a bitter legacy of the batwara, which continues to be felt most acutely in the state of Kashmir.”

For Jhilmil Breckenridge, who has ties on both sides of the border – with a Muslim grandmother and family still in Lahore and other Pakistani cities – everything still feels “so unfair and such a waste”. “Perhaps important messages can come in disguise – in poetry and art. For me, the personal is political and vice versa, and for those of us that feel, poetry can accomplish a lot,” she said.

It’s hope that should sprout, indicates Breckenridge in her couplet:

The young poet Raghavendra Madhu is rather direct about his perception of the Partition. He represents many – as explained by Vyavahare – who do not have much to wax philosophical about in this regard. His angst is more contemporary, and it shows in these lines:

“I have my visa interview for US
I am advised not attend an art festival in Lahore
right before.”

Like Breckenridge, Gayatri Chawla also carries some emotional baggage of the Partition. It is in the course of ordinary conversations at the family dining table about ancestors who migrated that words like “Karachi”, “Jamshed Quarters”, “2 annas”, and “Lansdowne Bridge” came into her world and soon slipped into her writing.

“‘Where do you belong?’ is a question that stays with me always,” said Chawla. Sindh may be far for her family, but the smells and flavors of “home” linger on.

“As I scoop a teaspoon of pickled turnips
preserved, cobwebbed spices
remains of a land called Home”

Vinita Agrawal is concerned because “neither in India nor in Pakistan do we have an empathetic infrastructure dedicated to Partition.” In Agrawal’s poetic remembrance, poetry is cathartic but necessary for those who have to journey “Across the bitter borders, across the blind of stars.”

Such borders still remain bitter for many. Not the cartographer’s lines, but those that are drawn across mindsets and across caste and class barriers. The Partition of 1947 will continue to be re-created and discussed. Perhaps the real re-creation of the narrative will take place only when migration – of women, Dalits, Adivasis, minorities – will be looked at to determine how much longer millions within the country have to await justice. That perhaps will bear the fruit of freedom in the fair game called independence.

(This article first appeared on Scroll.in)

END_OF_DOCUMENT_TOKEN_TO_BE_REPLACED 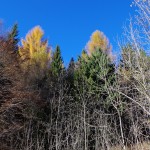