Dewdrops, the long road towards the shortness of haiku 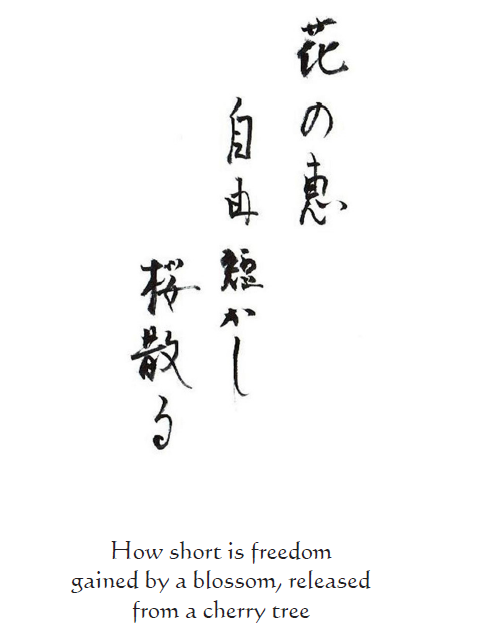 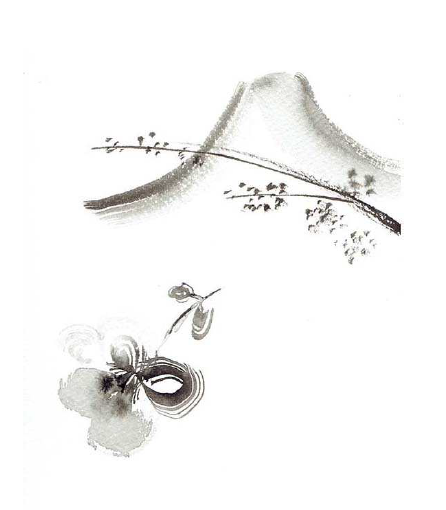 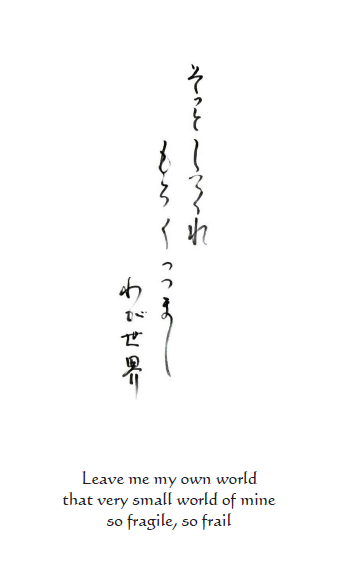 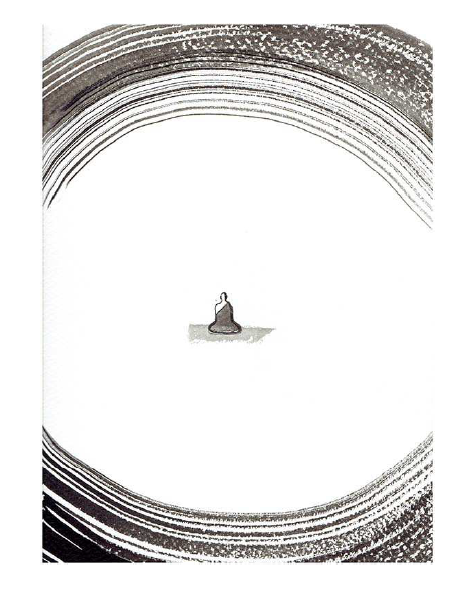 Although born in Dutch speaking Flanders, part of such a small country as Belgium, Germain Droogenbroodt has become a “universal” poet, published in as many as 28 countries. Having visited innumerous times the Far East and having studied Asian cultures and philosophies, his poetic oeuvre gradually has become more and more philosophical.

He has written more than 30 books of modern international poetry, including a Dutch translation of two collection of Japanese haikus by Bashô, Buson, Issa and Shiki, the four most important Japanese haiku poets. Considering that – with a very few exceptions – only Japanese can write decent haiku poetry, he never published the haikus he occasionally wrote until several Japanese poets declared that his haikus were not at all “Western” but typical Japanese.

At the international poetry festival in Kosovo this year, the Japanese poet Taeko Uemura, director of JUNPA (Japan Universal Poets Association), invited him to translate his haikus in English. She proposed to calligraphy the poems in Japanese. Mariko Sumikura, president and founder of JUNPA, translated the haikus into Japanese and published Dewdrops, a collection of 100 haiku in four languages (Japanese, English, Dutch and Spanish) and invited Germain Droogenbroodt to Kyoto where JUNPA is based. 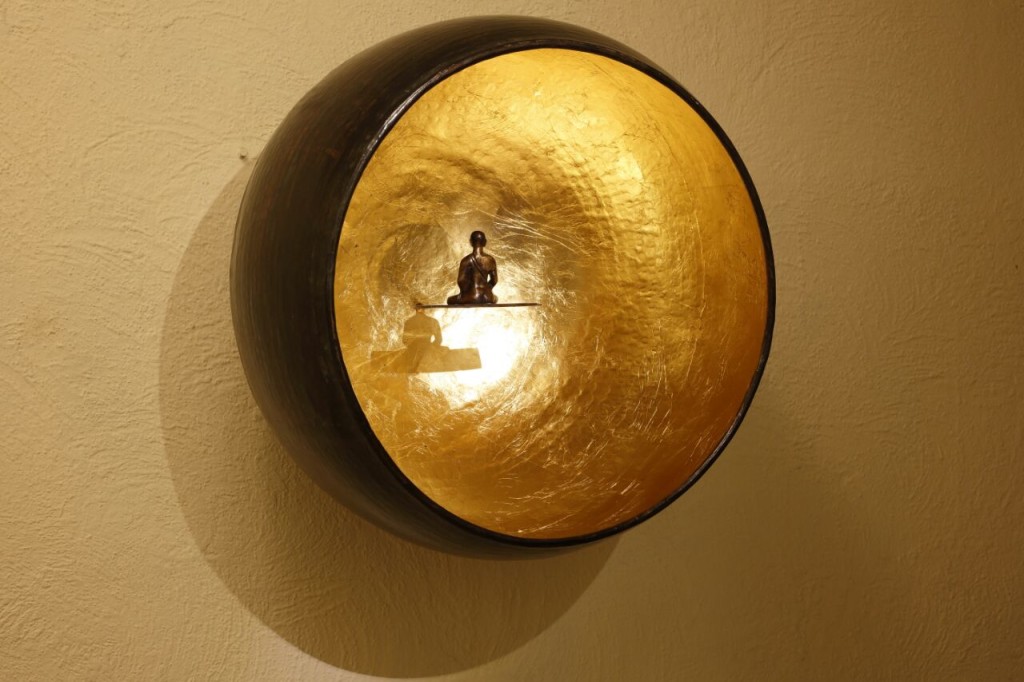 Satish Gupta, a famous Indian artist long year friend of the poet and also a poet himself and ZEN Buddhist, has already illustrated four poetry books by his Belgian friend and came to the poet’s home in Spain to make more than twenty drawings inspired by Droogenbroodt’s haikus. Finally not only his monumental Buddha sculpture became the cover of the beautiful poetry collection, but he also created five sculptures inspired by the haiku “Leave me my world / that small world of mine / so fragile, so frail”, published in Dewdrops. The five sculptures were exhibited in Mumbai the whole month of December together with the impressive (three meter high) Buddha sculpture which adorns the cover of the extraordinary, multilingual JUNPA publication. 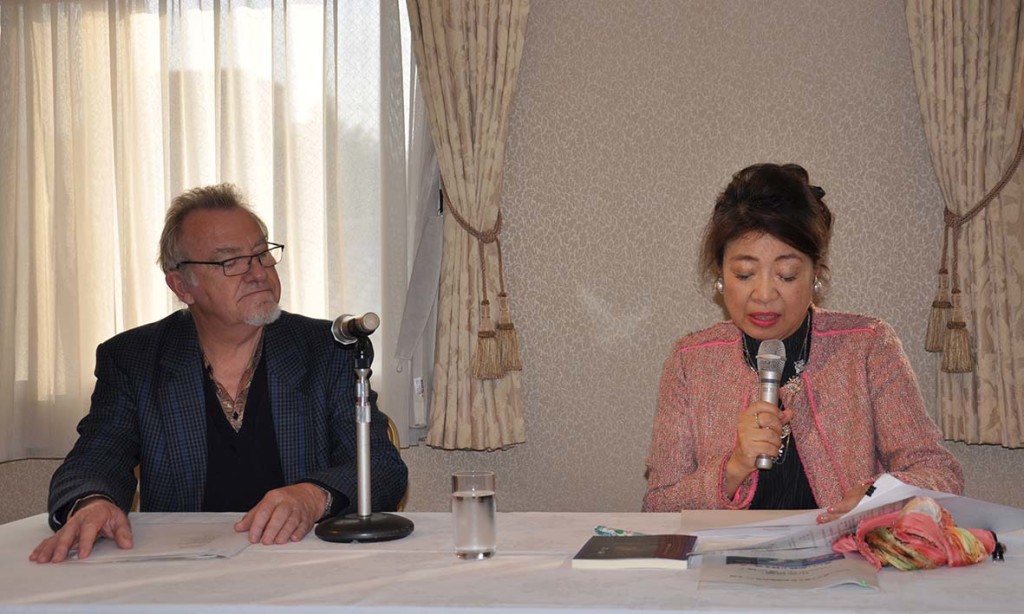 Dewdrops was presented on 7 December with a reading by poet-professor Taeko Uemura (Japanese) and Germain Droogenbroodt (English, Dutch, Spanish) at the Kyoto Seika Art and Literature University. Dr. Manabu Kitawaki, dean of the University, honoured the Belgian poet with his presence. The haiku collection was officially launched on 9 December with a reading in Japanese, English, Dutch and Spanish and excellent musical intermezzos by violinist Yoko Kumazawa and guitarist-flutist Taro Kishimoto. Amongst other important Japanese who honoured the event with their presence was Dr. Nakamura Jun-ichi, ex ambassador in Belgium. The poetry and the multilingual reading of the poet fascinated greatly the Japanese audience. 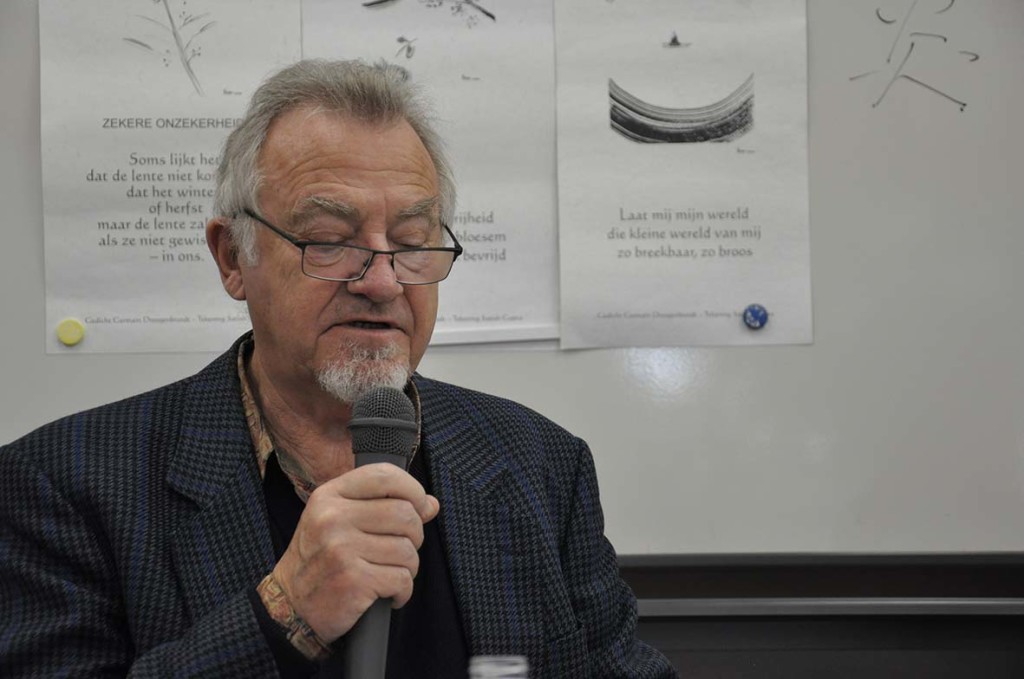 Dewdrops follows mainly the Japanese haiku tradition, containing haikus about the seasons, but also a few haikus about the creation of poetry, some “ecological” poems as well as a few haiku about love, successfully combining traditional, philosophical haiku with modern, contemporary flavour.

An interview with Germain Droogenbroodt at Seika University, Kyoto

Satish Gupta’s drawings and poems in Margutte are here.

The poet is a collaborator in Margutte with Parade of Poems. 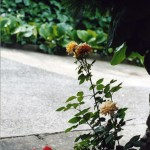 END_OF_DOCUMENT_TOKEN_TO_BE_REPLACED

Victor Hugo’s To the Trees, a translation by Timothy Adès 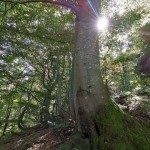 VICTOR HUGO You forest trees, how well you know my mind! The envious crowd is raucous and unkind; You know my soul! You’ve seen me as I’ve gone Gazing and musing in your depths alone: You know the outcrop that…

END_OF_DOCUMENT_TOKEN_TO_BE_REPLACED 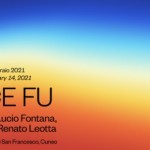 END_OF_DOCUMENT_TOKEN_TO_BE_REPLACED

Victor Hugo’s To the Trees, a translation by Timothy Adès

VICTOR HUGO You forest trees, how well you know my mind! The envious crowd is raucous and unkind; You know my soul! You’ve seen me as I’ve gone Gazing and musing in your depths alone: You know the outcrop that…